Hi there,
How was your week? Mine was sort of curious. We slowly started letting our kids play Minecraft (don't worry if you don't know what this is - I don't either but I trust my husband Ron does...). We try to avoid screen time (key word here is try), so a video game is a big stretch for us. But this is the quarantine and, to my kids' delight, desperate times means desperate measures... When I asked them why they like Minecraft so much, my son Ethan said "I can build my own world",  and my daughter Sophie completed "and I can use my imagination". Good enough (I secretly thanked God they were good answers, otherwise my 15 minutes of peace would be completely ruined). Then I googled "Barbra Streisand video" for the Instagram post I was planning for her birthday, and a video of her speaking about the environment and singing Pure Imagination was the first thing that came up. And finally,  I was leafing through Jerry Saltz's book "How to be An Artist" (no, trust me, I have no ambitions here - I know my limitations. But I like to hear what Jerry thinks), and I stopped at the page with this quote: "Imagination is more important than knowledge" - Albert Einstein. I don't know why I was seeing the word imagination everywhere, but all of this happened last Tuesday in a span of about 6 hours, and it got me thinking about creativity vis-à-vis our current situation (and now it also makes me realize how ridiculous my days are now: video games, Barbra Streisand and Albert Einstein quotes - I couldn't make this stuff up, but I swear I also do serious work too).


I remembered the photos of empty parks with all the happy animals laying on the grass, and videos of wild animals walking around empty cities (all of them thinking: the jerks are gone, let's celebrate!) and clear blue skies over once polluted metropolis, and I thought: if Mother Earth had a wish and could build the world again, would it include human beings? I think not. We are being called to stop what we are doing, and to re-imagine our lives if we want to continue to inhabit this planet. Maybe this is our last chance, and Mother Earth is looking at our real life Minecraft and saying "Don't f'ck this up, people!".

I work in the fashion industry, and given our track record, it's an understatement to say that our planet would greatly benefit if our industry resets.  Here are some startling facts (Insert 😱 after every sentence).

I started Matriark to send as much money as I can to women's business and charities.  I work with independent and  conscious companies, but I've been thinking a lot about the stats above, and I am adding more layers to how we will select our brands going forward. I shared these thoughts with Meghan Elliot (who works with me on communications and special projects at Matriark), and she introduced me to her dear friend Kenza Fourat. I loved Kenza's story right away: she is the daughter of Dora Bouchoucha (a successful film producer from Tunisia, and a trailbazer), a top model, a mother of 2 little kids living in Brooklyn, and the Co-Founder of OSAY.

OSAY means Our Stories Are Yours, and its mission is to promote artisan's cultural heritage, to preserve their craftsmanship and foster their creative expression. They produce beautiful babouche loafers in small batches with recycled and re-used leathers that are discarded by luxury brands, and her shoes are made by master artisans (their names are Moez and Mansour) in the historic "Medina" of Tunis, Tunisia. The Babouche is inspired by a 19th Century popular indoor shoe in the Middle East known as the "Rihya" that both women and men would wear it for special occasions. OSAY modernized the Rihya into this beautiful, everyday shoe that can be worn as a loafer or slipper. I am getting the leopard and the blue textured babouches - they will be perfect for home and I know I will live in them when we can finally get out of the house (check them out below, they are beautiful, practical and comfortable).

I love Kenza's global background too: she was born in Lille, France, and moved to the coastal town of La Marsa, Tunisia when she was just a few months old. She grew up in Tunisia and was a finalist in a global modeling competition at 15 years old, which skyrocketed her to the international stage. She went on to live in Paris, London and New York, working for the likes of Dior, Chanel, Fendi, and Jean Paul Gaultier, and gracing the covers of magazines like Vogue, Elle and Harpers Bazaar.  In 2011, during the Tunisian Revolution (which eventually led Tunisia to democratic elections), Kenza became an outspoken figure against the fallen regime and joined Human Rights Watch as an Ambassador.

I sat down with Kenza for a chat this afternoon: you can find the chat, a video of Moez and Mansour, and Matriark's OSAY shoe edit below. And because I've never been to Tunisia, I asked Kenza to send us some of her photos - we can all travel through them, and dream of visiting Tunisia sometime in the future. For now, we can put your babouches on, click on them 3 times, and say "there is no place like home"...


Oh and before I forget: Jerry Saltz also wrote "Creativity is what you do with your imagination". So I added a few funny things about the creative process here for good measure. Because we need all the help we can get to survive this madness and hopefully create a new world that is sustainable for all.  Talk soon Matriarks, 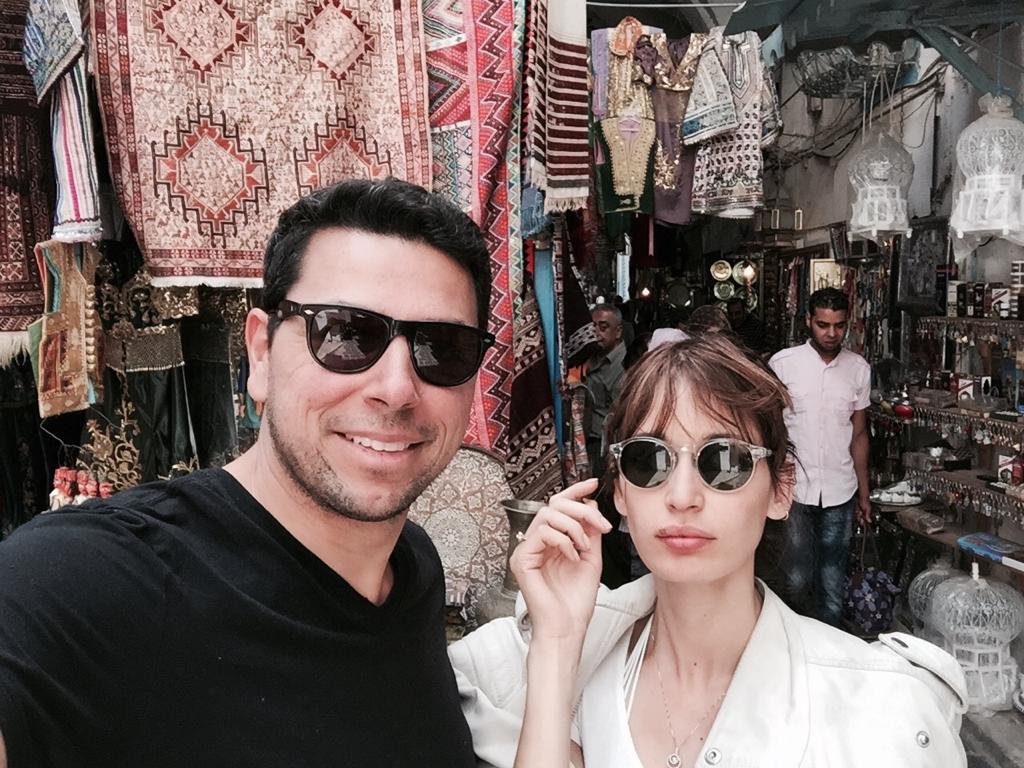 Watch my chat with Kenza:

I had a great chat with Kenza today. . . She has such an interesting life: she is a super model, a human rights advocate, wife and mom of 2 kids, and now the Founder of @osaythelabel. . . She co-founded Osay to support and promote the artisan work from Tunisia, and she makes beautiful babouches with recycled and re-used leather discarded by luxury brands. . . I am really proud and excited to have Osay at Matriark and to support their efforts in creating a sustainable and consicous product, imbued with love and cultural heritage. Her babouches are available in our website, and 10% of our sales go to the Southampton Hospital Foundation and East Hampton Mela on Wheels. . . Enjoy!! xx Patricia Some interesting things about the creative process :) My video memo of this newsletter - not as complete or with the same humor as the written version, but probably good if you like videos better than written text :)